Crazy About Comics or Mad About Manga?

A brief introduction to Comic Art

'Comic/Comic Book' art refers to an art style developed in the West. Characters are usually depicted with a mix of realistic properties and cartoon-like qualities and proportions. Well established characters stemming from Comic Books range from DC's Batman and Marvel's Hulk to Image Comic's Rick from the Walking Dead. Although there is some variation of style within the Comic Book world, such as those with a very heavy cartoon influence, the majority usually adhere to the status quo and this tends to be the style people refer to as 'Comic' rather than those with the more cartoon appearance. 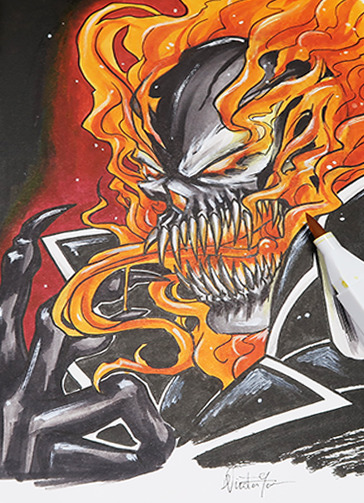 A brief introduction to Manga

'Manga' is an art style that was created in the East, specifically in Japan. This style is generally a lot more cartoonish with exaggerated proportions including exceptionally large eyes. This, however, is not always the case. Though it is true that a lot of the more recent Manga styled artwork depicts these attributes, there are still some Manga works that lean closer towards the aspects of a western Comic Book with more natural proportions. Some of the well-known Manga series range from Dragonball Z, Sailor Moon and Cowboy Beebop to movies such as Akira. 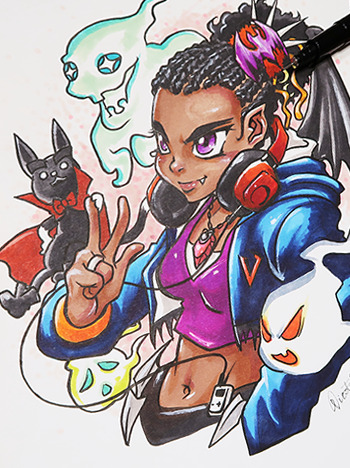 But what is the difference between Comic and Manga?

Besides the origins of each being from different sides of the world, the styles themselves are generally quite noticeably different. Each will usually have corresponding stories and designs inspired in some capacity by the culture from which the art style originated. The simplest way to describe this is that most Comic Books tend to have action packed stories and clothing more suited to the Western taste. Manga books may lean more towards magical powers or slice of life. The characters’ outfits are also generally based in Eastern tastes, or what they may wear in their daily life. 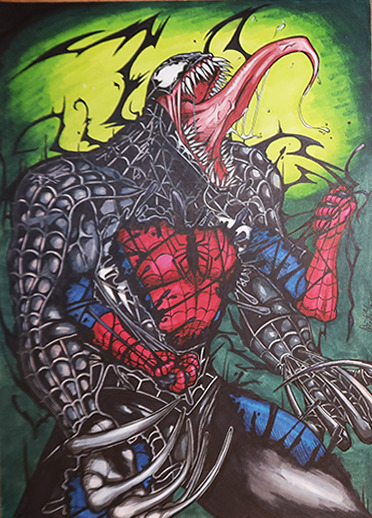 This is, of course, a general description and there are a variety of Comic or Manga works that don't fall directly into this framework. With Manga becoming more established in the West and Comics more in the East, these two variations of art sometimes pick up inspiration from one another. This can lead to more difficulty in determining which category an artform falls under. Below is an example! 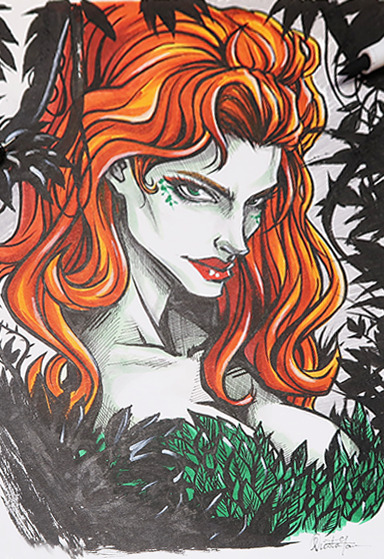 When people hear the term 'Comic' or 'Manga' the first thing people tend to think of is comic books or Manga books. Both are, as you probably know, stories told through illustrations with scenes taking place in panels across a page. Both Comics and Manga stories are usually created in chapters each averaging approximately 30 pages. (Numbers vary from story to story.) In the Comic form these are usually referred to as single issue Comics and can be found in Comic Book stores with a multitude of titles coming out every week. First publications of the most well-known comic books are DC Comics (Action Comic #1) in 1938 and Timely (Marvel Comics #1) in 1939, respectively.

In Japan they have a similar set up, with chapters coming out every week, the exception being that they are not released singularly. Instead, the chapters of all the titles being released each week are compiled into a thick magazine and made available to buy in bookstores. The most well-known Manga magazine in Japan is Shonen Jump which has been running since 1968. With the digital age being upon us, however, both Comic Books and Manga are now available online weekly as well, although avid collectors still enjoy getting their hands on physical copies! Eventually as enough chapters come out of the Comic and Manga titles, they are combined into book form. When being brought into this form Comic Books are referred to as Graphic Novels or Omnibuses depending on the collection, whereas Manga books are simply still referred to as a 'Manga.' 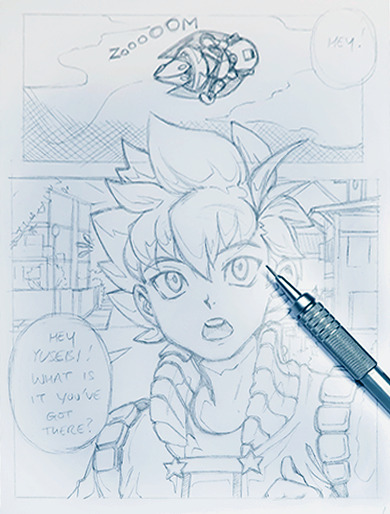 Over time these Comic Books and Manga have also taken on an animated form. Comic adaptions are generally made into a Cartoon form (and are referred to as such), with the characters either mimicking a similar but simplified look to the art generally seen in the comics or depicting a very exaggerated cartoon style. Manga adaptions tend to largely stick to the original source’s style and once it is adapted into animation becomes known as an 'anime.' Anime simply being the shorthand of the word animation. This naming however only really applies to Japanese originated content. Although, as mentioned earlier the boundaries with this are sometimes stretched as inspiration bleeds over. Movie adaptions of various comic and Manga series have popped up over the years, including 2D animated movies, 3D animated movies and live-action movies. Besides movies some of the franchises have also been made into, or feature in video games, novels, music, songs, toys, card games, and much more!

This could very well be a whole section by itself, but let's do a brief summary!

This artform is extremely versatile and more so since the introduction of the digital platform. From the beginning, both Comic and Manga artwork was created by traditional means. One interesting notion is that the two are created pretty much the exact same way - pencils and inks, with some small differences. Where the linework for Comics are filled in using fine liner pens, a lot of Manga artists (also known as Mangaka) use dip pens. In more recent times though, this is not always strictly the case and a lot of artists from these professions will experiment with tools they find comfortable to create their styles. A variety of other tools are used in the process of each, but that's certainly something to cover in-depth in another post! 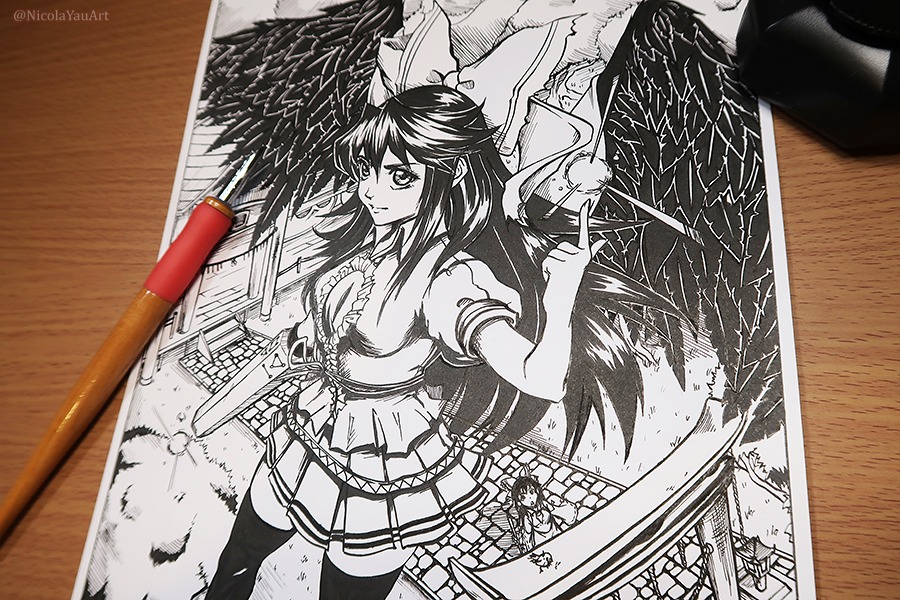 Some artists prefer to create their artwork digitally, creating illustrations and whole Comic or Manga pages on their computer. To do this, artists will use a tablet or touch-screen tablet such as a Cintiq on an art programme to act in the place of paper and ink. There are a multitude of tools associated with this too and nowadays some comics or manga are entirely created by digital means. 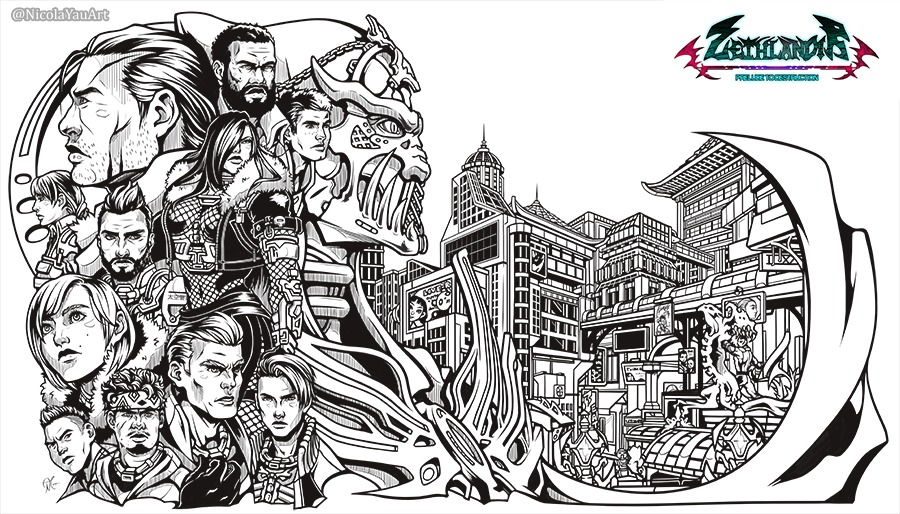 A good deal of artists still produce/ sketch out pages traditionally and then scan them in to clean up, and on occasion colour, digitally. This allows for easy re-sizing and crisper work for printing. Both Comic artists and Mangaka will usually have a team that works with them on getting the products finalised. Traditional artists tend to stick to all the traditional mediums, including penciling, inking and colouring with marker pens. Digital artists may do the same but in digital form or may only clean up the traditional work. Both variations also have some artists who only excel in one specific area. For example, you may have some artists on the team who only specialise in backgrounds, or someone else in colours. These tend to be people who are exceptional in their field and really help to improve the quality while sticking to the strict deadlines Comic and Manga releases tend to have. 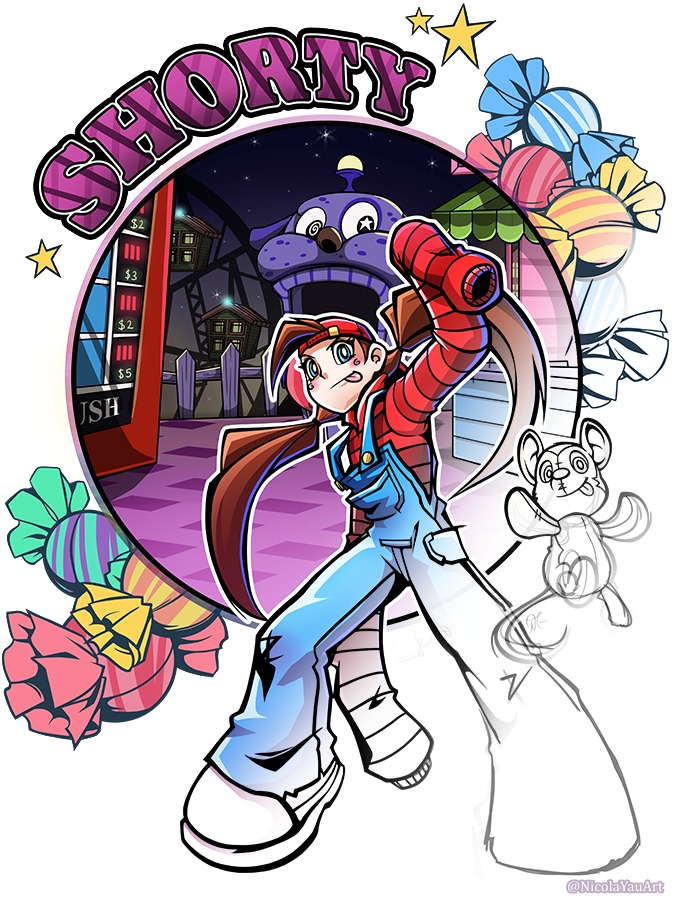 If you're interested in trying your hand at stepping into the world of creating Manga or Comic art you can check out the Comic and Manga Discovery Kits available from Spectrum Noir. The Discovery Kit is a small step into allowing you to feel what it's like being a Comic artist or Mangaka. From experimenting with colouring and using markers to practicing with steadying your hand filling in line art! 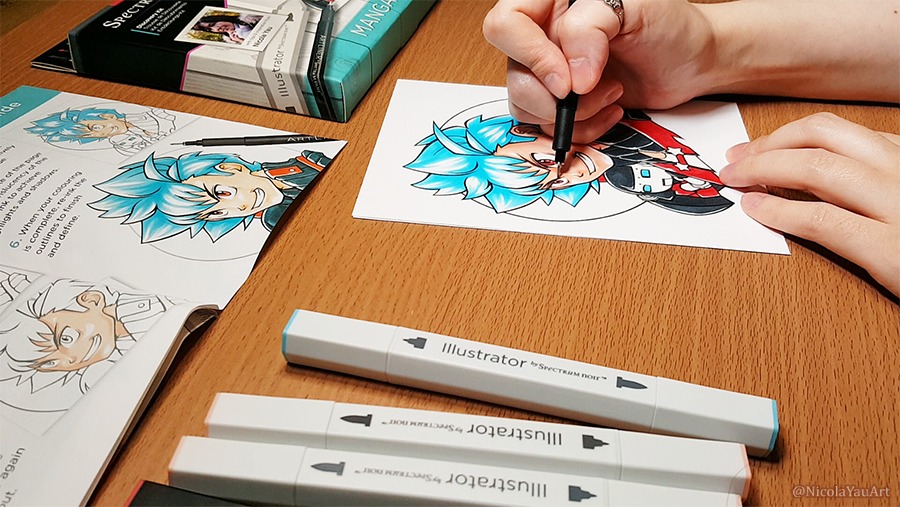 I hope you enjoyed reading this small blog post about the details of what Comic and Manga art is. If you have any more questions or if you're interested in reading more blog posts by me, please feel free to leave a comment below or get in contact with the Spectrum Noir crew and let them know! 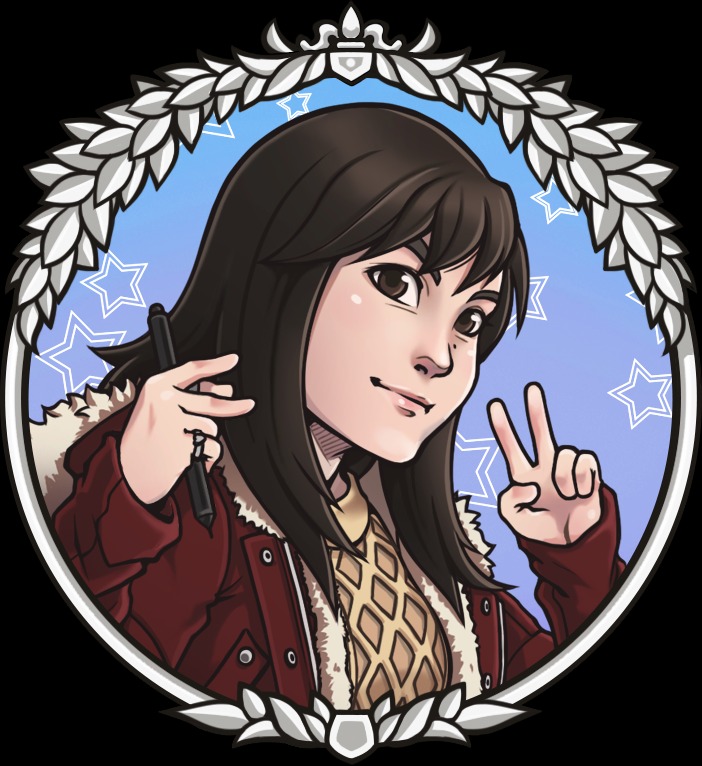 Hi! My name is Nicola Yau. I'm currently working as a Freelance Illustrator but I have done work for some little Video Game companies as well as having worked closely with Art Supply companies such as Spectrum Noir of whom I have had the pleasure of touring with doing events up and down England and in parts of Europe.

I also have a website currently in the process of being created but while it is still being worked on you can contact me via email at: Email for any general questions or updates on when the website will be available!

Thanks for reading, see you soon!