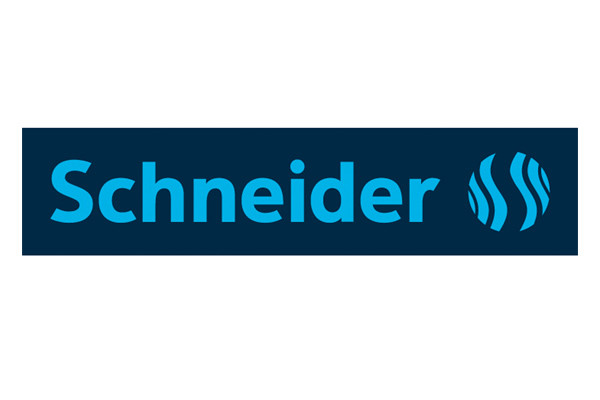 Schneider were originally established in 1938 by Christian Schneider and Erwin Blum under the company name 'Blum & Schneider'. In the same era that the ballpoint pen was invented, they managed a factory producing screws and turned parts in Tennenbronn, Black Forest.

A decade later, after the news of the ballpoint spreads, the pair decided to create the 'Good Schneider Refill', giving them a foothold in the penmanship industry before growing to be a household name.

In the 1970's, following the death of Christian Schneider, his son Roland takes over the company as sole manager with the aim of making the company a leading international pen manufacturer.

Since then, the family-lead brand has reached many milestones including their collaborations with Frank Groß in 2010 onward.

Schneider is now one of the largest pen manufacturers in the world, creating innovative writing tools with sustainability and consumer impact in mind. They are an extremely moral brand with plenty of creative tools to choose from. With a Schneider pen in hand, you will certainly find yourself inspired to create.

This pen will soon become your favourite with its lightweight design and super smooth writing qualities.

Vibrant highlighters with a visible ink level suitable for many types of paper, perfect for the office.

Give your signs and chalkboards a burst of colour with the Schneider Maxx 260 Liquid Chalk Marker.

A practical fountain pen for younger writers and students, designed to aid comfort and control when writing.

A very comfortable click-action ballpoint pen with an ergonomic design and an astonishingly smooth writing experience.

A multipurpose bullet tip marker that is both dry erasable but also writes on flipcharts without bleed through.

A permanent marker designed to write on most surfaces including films, plastic and glass. 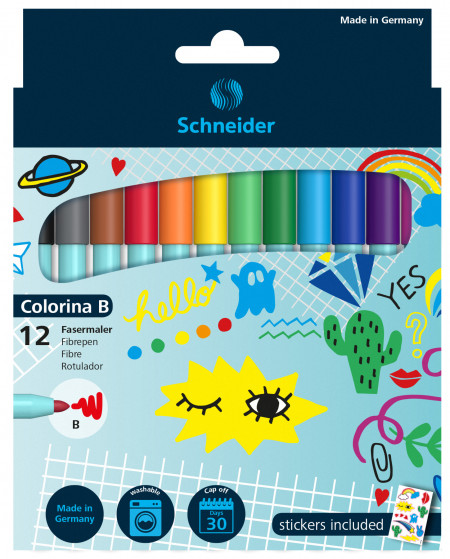 Broad tipped fibre tip pens ideal for everyday activities at home or in the classroom.

An expertly designed handwriting pen with a rollerball style writing point, great for beginners and students.

A broad fibre tip pen which is great for writing and is suitable for at the office.

A great starter fountain pen for young creatives and students, designed in right and left-handed formats.

A stylish ballpoint pen with a modern shape, featuring a 62% bio-based plastic barrel and colour indicator.

Ideal for use in home, office and classrooms, as this permanent marker is removeable from most surfaces.

An extra large permanent marker with a wide chisel tip that is an excellent choice for office and industrial use.

A fineliner made for everyday use, they are great for writing and can also be used with rulers and stencils

A modular highlighter pen that can be combined with other Link-It writing tools, great for studies and work projects.

A cleverly designed fibre tip pen with a modular function, allowing you to connect them to other Link-It writing tools.

A wonderful fineliner pen with an intuitive connection feature, allowing you to link the pen to another Link-It writing tool.

A sensible rollerball pen with a pleasantly smooth needle tip and rubberised grip.

A reliable rollerball pen with plenty of features that are perfect for both students and professionals.

A practical ballpoint pen with a fresh transparent barrel and rubber grip.

A large permanent marker suitable for many surfaces including plastic, glass and wood.

A practical marker pen designed to create permanent marks on all kinds of materials and surfaces.

A ballpoint pen available in a variety of colours perfect for quick and easy note taking.

An intuitive ballpoint pen that can be connected to other Link-It pens (such as a highlighter or fineliner).

A versatile whiteboard and flipchart marker, suitable for use at home, the office or the classroom.

A popular permanent marker with a fineliner style point, ideal for creating precise marks on almost any surface.

A High-quality triangular ballpoint pen that features Viscoglide technology for an extra smooth feel while writing.

Write, draw, colour and illustrate to your heart's desire with the Schneider Line-Up fineliner pen.

Get creative with these super versatile paint markers, suitable for decoration and crafting projects.

A slim metal ballpoint refill compatible with a wide variety of writing tools.

A premium quality refill suitable with a broad range of click-action ballpoint pens.

A replacement refill for Schneider's Base Senso, Base Ball and Breeze rollerball pens.

A high-grade ballpoint refill in an X20 format, designed to offer a remarkably smooth writing experience.

Always be prepared with these replacement mechanical pencil leads from Schneider.

Replenish the life of your 'Cross' style ballpoint pens with this Schneider 785 ballpoint refill. 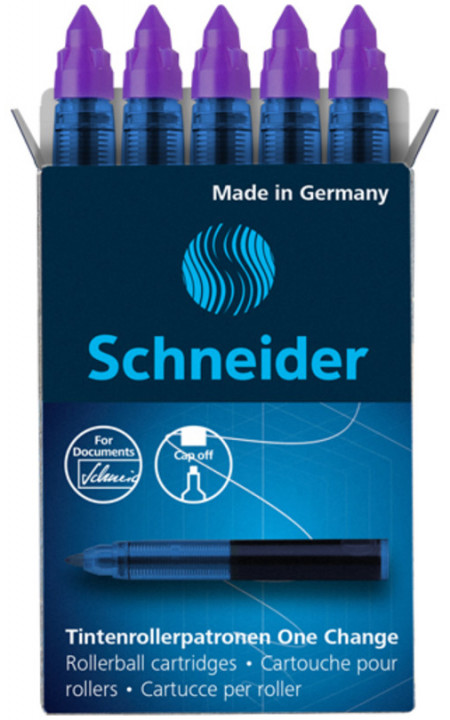 A premium quality ballpoint refill from Schneider, with a Standard International Size design.

A fantastic choice for studying, revision, creative writing and more, styled with a lightweight and ergonomic design.