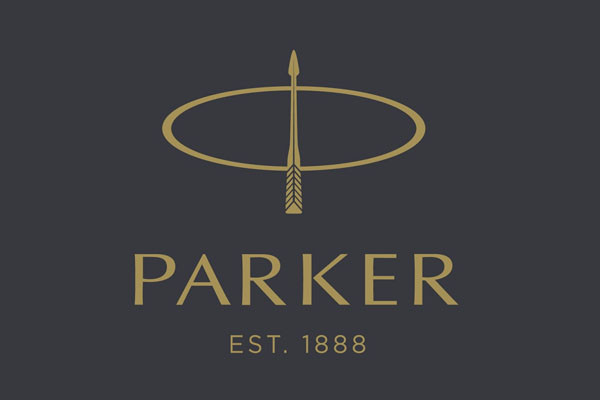 Say pen to most people and they’ll say Parker back. And with over 130 years’ experience crafting superior fountain, rollerball and ballpoint pens under the brand’s belt, this kudos is well deserved.

With a stable of iconic products like the Duofold fountain pen, or the durable Jotter ballpoint, Parker Pens have earned a global reputation for creating quality writing instruments and are considered the world’s most popular pen brand. It all started in 1888 when, tired of being asked to fix the pens he sold for a living, Wisconsin’s George Safford Parker decided he could invent something better. He received his first patent in 1889 but it was his Lucky Curve feed, which drew ink back into the barrel when not in use, patented in 1894, which made his name. It was the foundation of a successful brand, which went from strength to strength despite financial crashes and world wars.

Used by both presidents and royalty, Parker has had a place at the table (or on the desk) for some of modern history’s most important moments. With outstanding mechanical design and engineering talent, a passion for refining and prototyping designs until faultless and a range that covers everyday workhorses to luxury one-offs, there’s a Parker pen out there for everyone.

Experience what it's like to write with one of the most famous pens on the market, crafted from black resin with a gloss finish and metal appointments.

Based on the original Parker 51 with a rich black resin barrel and chiselled gold cap, this ballpoint pen will certainly raise a few eyebrows.

A reliable and high-performance fountain pen constructed from anodized aluminium with a sand-blasted matte silver finish, detailed with an engraved pattern and shiny gold trims.

This Sonnet rollerball pen with glossy blue lacquer and shiny chrome trims will make a bold statement, which is sure to turn some heads.

A wonderful ballpoint pen with a glossy blue lacquer finish and shiny chrome plated trim, which will leave you astounded.

A high-quality fountain pen in a classic colour, designed to provide optimal writing performance in all written tasks.

An exceptional writing partner ideal for professionals or as a gift, styled with a matte black barrel and sandblasted steel cap.

Experience the benefits of free-flowing liquid ink with this stylish Parker Sonnet, produced with a matte black lacquer barrel and sandblasted steel cap.